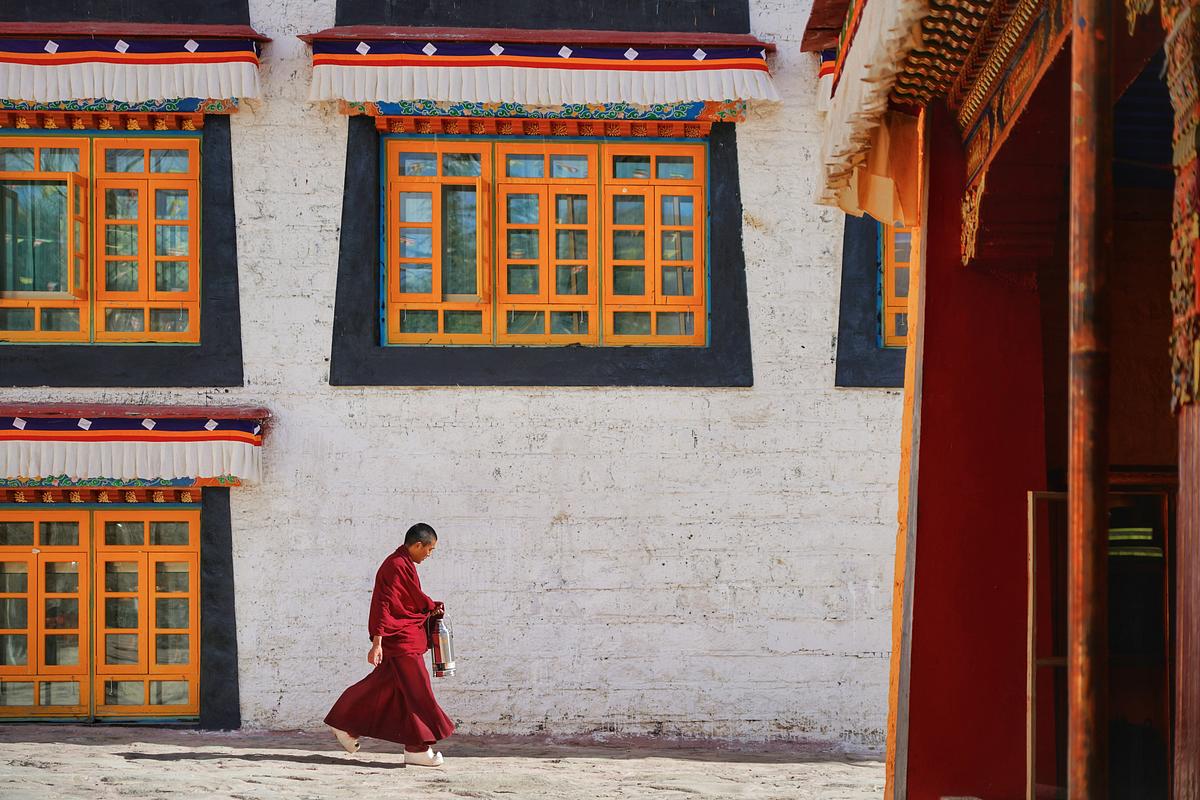 Appearing from the crevice of the dormitory quarters of Sera Monastery in Lhasa, a young monk is seen with a large flask of Tibetan Sweet Tea and was bringing it to the adjacent courtyard where the philosophical debates began between 3pm to 5pm everyday. This sweet liquid indulgence was first introduced by Nepali business travellers and pilgrims, quickly becoming a favourite customary drink that brings instant warmth to all who live in the high plateaus of rigid temperatures. Sweet Tea is treated as a social beverage among family and friends and can always be found during social gatherings. 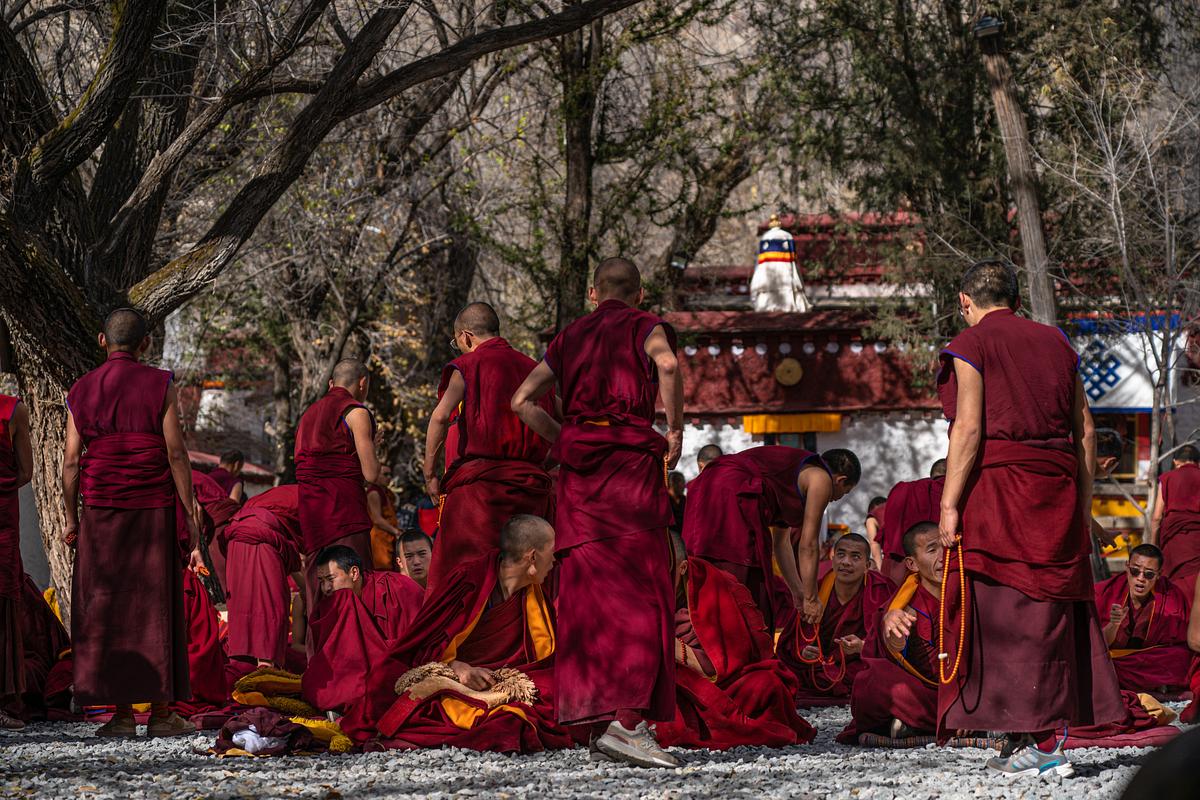 The daily debates take place on weekdays from 3pm everyday and visitors are allowed to enter to witness the discussions, however without cameras. Young monks would pair up and start their discussions within this area and this congregation is accompanied by loud chatters filling up the courtyard. 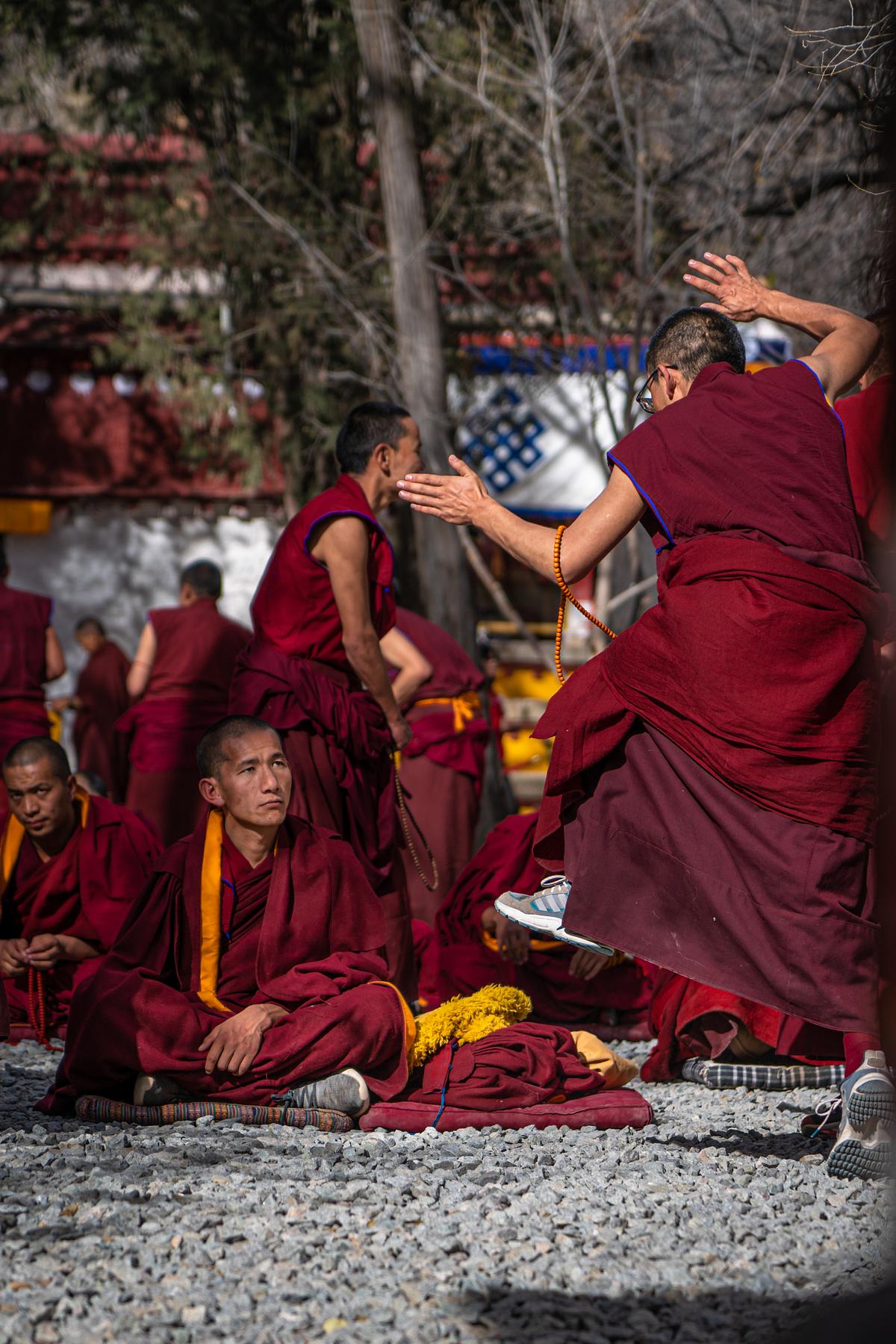 The Clap - A questioner in the midst of a clap based on an argument that was put forward by his defender. Claps are usually symbolic and are ended either on the palm or back of the right or left hand to show agreement or disagreement. 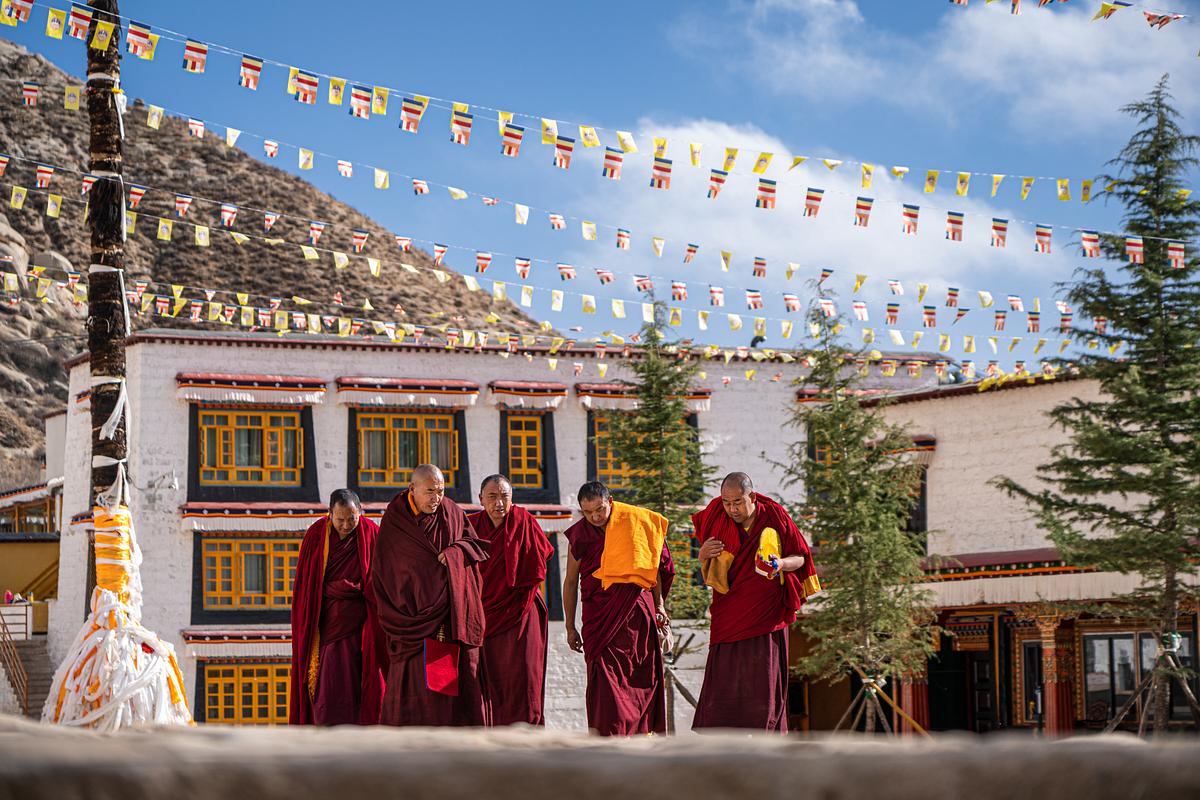 A group of higher level elderly monks of the Yellow Hat Sect making their way to the courtyard where the debates were taking place. 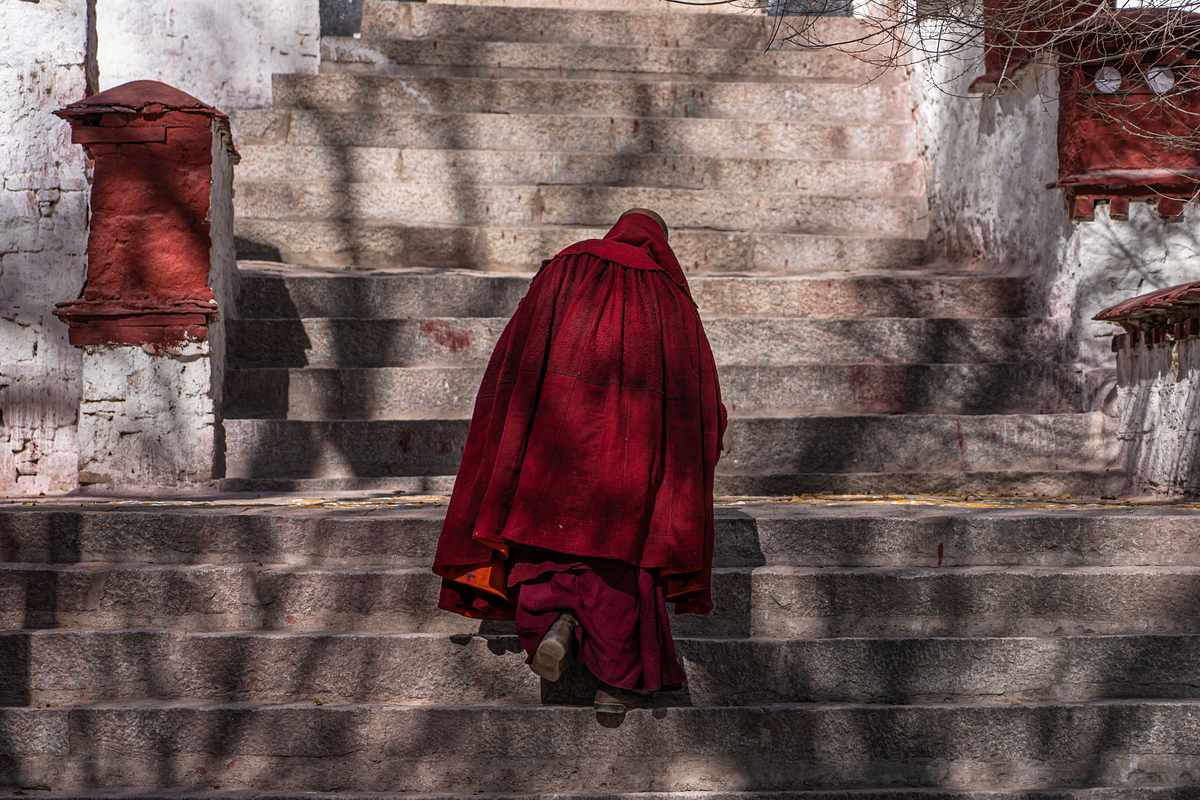 An elderly lama of the Yellow Hat Sect walks up a flight of staircase towards the open courtyard that hosts the daily debate. Senior monks attend the daily debates to supervise the ongoing discussions taken up by the young monks on Buddhist philosophies. 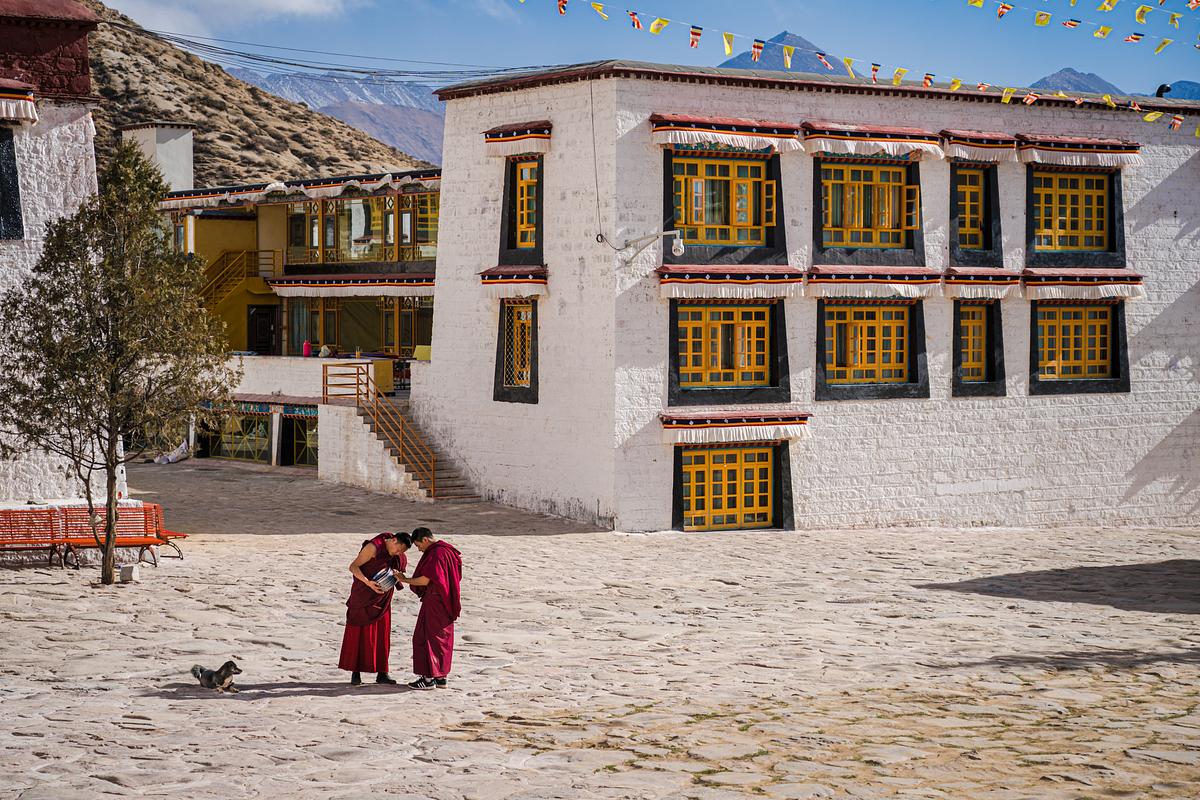 Young resident monks were seen with dining utensils at the new dormitory quarters of Sera Monastery. Sera Monastery is expanding with new buildings that will be dedicated to administrative buildings, academic institutions or dwelling quarters.

Located just 2 kilometres North of Lhasa is a monastic university known as Sera Monastery - "sera" meaning wild roses in the native Tibetan language. It is one of the three Gelugpa or Yellow Hat Sect university monasteries in Tibet that teaches advanced Buddhist studies and practice. The Yellow Hat Sect is the newest and presently, dominant branch of Tibetan Buddhism that was founded during the era of the Ming Dynasty by a philosopher and Tibetan religious leader, Je Tsongkhapa.

Sera Monastery is the only university which organises a daily debate unlike any other where student monks are put to test on their understanding and knowledge on Buddhist philosophies. Between 3pm to 5pm every day, young monks gather at the debating courtyard of Sera Monastery in pairs. The questioner, usually standing up, throws a string of arguments to his defender who is seated and challenges him with loud voices and animated gestures such as walking in circles around his contender, giving extremely loud claps, or pulling his rosary beads for suspense build-up which ultimately signifies his agreements or disagreements. The older and more senior lamas would be seen at the location with their bright yellow hats and heavy robes, supervising the debates led by the young monks and jumping in where needed. This one-of-a-kind debate nearly always ends with laughter and playful nudges between the numerous duos, ultimately leaving all smiling to themselves. These images were difficult to take up close as professional cameras were not allowed within the debating field and were shot externally from the entrance. The other images were taken at the dormitory quarters during the busy hours of congregation. 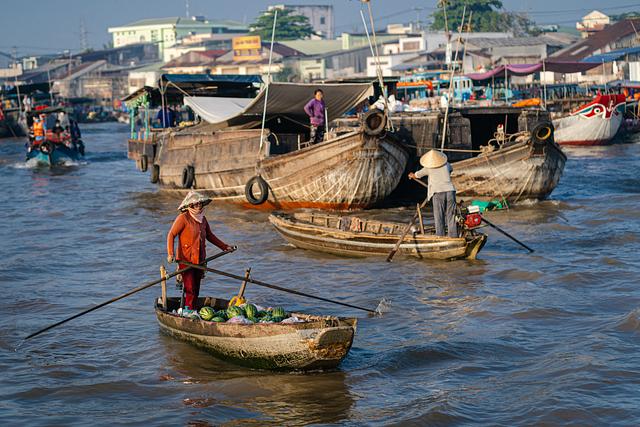 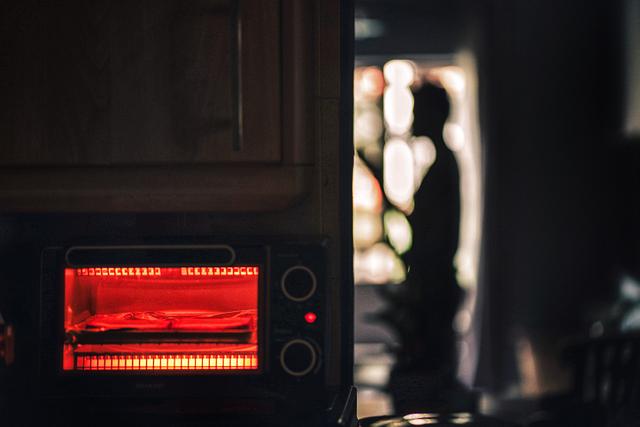 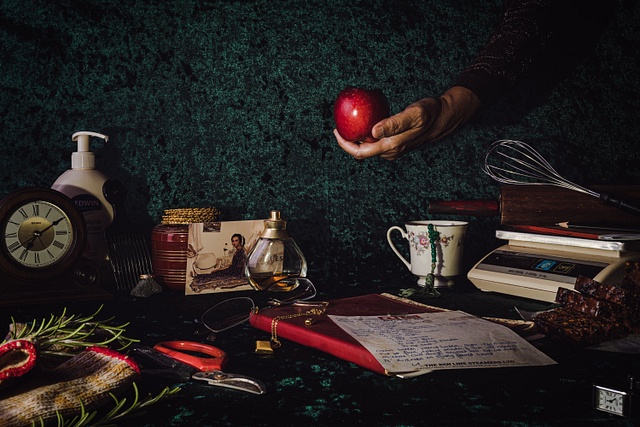